From Passion to Perfection

From one small inlet on Ireland’s majestic, wild and rugged West coast comes a gift to the world. Situated in a small inlet of Galway Bay, in Kilcolgan, the Kelly Oyster farm is gently tucked in-between the ancient Burren Mountains and the hills of Connemara. In this picture-perfect, protected setting, our oysters bask in waters that combine the very best of the Atlantic tide with the sweet waters of the dramatic limestone Burren, the peaty Connemara bogs and the rich fields of Athenry. It’s a unique recipe that makes for a totally singular taste. At Kelly Oysters we farm up to a million oysters every year – all hand-harvested, packed in our traditional baskets with seaweed, and shipped to our customers locally, in Europe, and as far-afield as Canada, Singapore and Dubai. 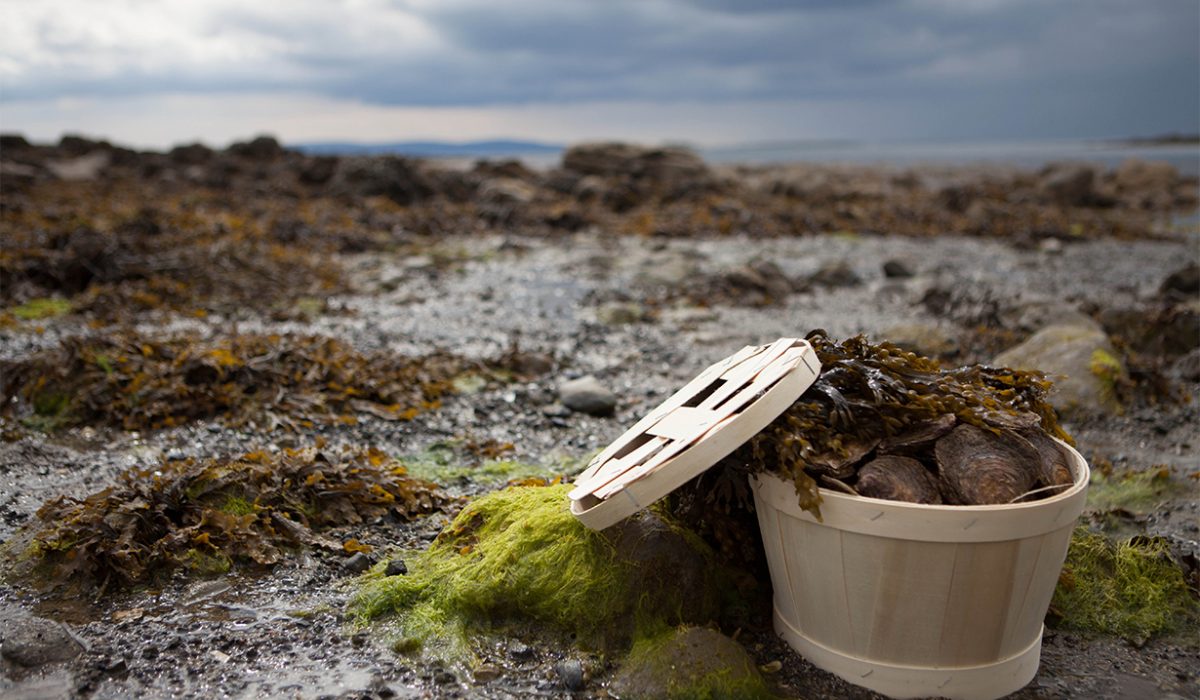 A Story of Three Generations

“Why do we do what we do? Because when people eat one of our oysters for the first time, it’s sheer magic to see the surprise and wonder on their faces!

“The oyster has been an important part of the Galway Bay community for more than four thousand years. At Kelly’s, we can trace our lineage back to Ireland’s High King and the first kings of Connacht: the O’Kellys were a sept of Uí Máine (“Hy Many”) who had migrated from the North of Ireland and settled here. An affinity with the sea and the riches it gifts us, is part of who we are.

“More than 60 years ago, and with many of his siblings emigrating to look for pastures new, my father Michael Kelly, made the decision to stay in Ireland. His father and grandfather before him had fished for oysters – so Michael set out to follow in their footsteps, farming Native Oysters from oyster beds at Killeenaran. After marrying Bernadette in 1963, the couple grew the business and developed a flourishing export market. In time, they added to their offering with Gigas Oysters, Mussels and Clams.

“Both myself and my brother Michéal joined the business in time, along with our own wives, and we have recently welcomed Michéal’s son, Michael Jnr, on board. Ours is a true family business – a story of passion and craftsmanship handed down through generations. It is our unique combination of our local waters, our traditional family skills and the investments we have made in our farm, that have made us an oyster provider of choice, to the world.”

Our Oysters Today: Exciting New Stories in the Making

Our oysters make their way into some of the most prestigious restaurants and hotels around the globe – a hallmark of luxury, elegance and fine dining. But wherever you find the world’s trendiest food festivals, street food events and fun food happenings – we’re there too! As great food experiences become more about sharing, good times and sociability, we’re leading the way – with oysters becoming the number one pair, share and enjoy accessible-luxury.  Whether it’s after-work gins and oyster platters , a chefs tasting table of Kelly Oysters with classic French and innovative toppings, or savouring the best of times at a champagne and oyster bar – we’re excited that oysters have found their place in modern food culture.

What is the Kelly Difference?

“It’s a total sensory experience – a taste that opens and unfolds as you eat a Kelly Oyster. Like the ocean, it seduces you, until you may indeed believe you hold in your mouth the very essence of the ocean.” 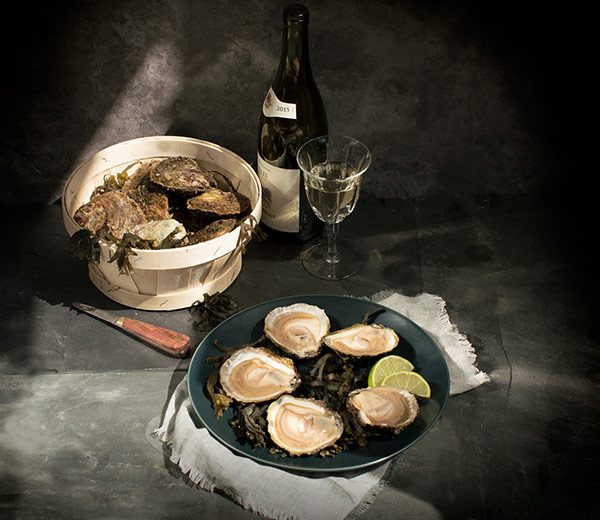 Like a thumbprint, the taste of our oysters is completely unique. Our clean, clear waters provide ideal conditions for growing:  the freshness of the surrounding rivers of Connemara and the Burren, blends with the crisp wild Atlantic Ocean that flows in twice a day – delivering a once-tasted, never-forgotten richness of taste, or ‘meroir’.

“The flavour is BIG, BOLD OCEAN…

A GRASSY or SEAWEEDY NOTE in the middle

And a DRY PALATE finish” 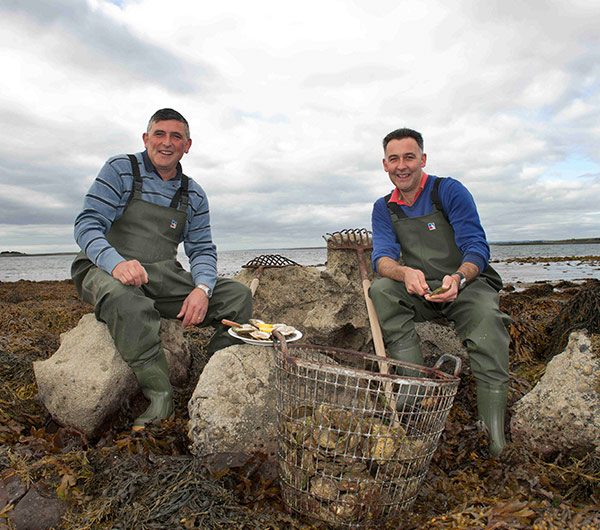 We Love What we Do

Like our business, our passion for what we do continues to grow. Our natural appreciation of the sea, love for our community and energy for the good things in life drive us every day – to bring you the very best.

We are the longest-established, family oyster business in Ireland – and the skill and knowledge we have has been handed down generation to generation. There is a longevity and history in our name – which you know you can trust. 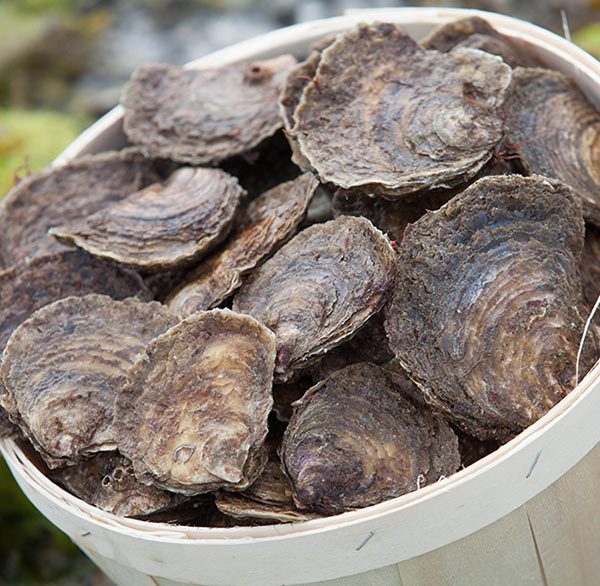 Our oyster training process makes sure that every oyster slowly leaves the water and is gradually introduced to land, stress-free. In this way, we can guarantee our oysters will remain fresh in their Kelly Oysters baskets for 2 weeks. This means less pressure for wholesalers who are supplying their customers, with less wastage in restaurant and hotel kitchens.

The Way We Work

We still use the same traditional process in harvesting our oysters. We turn the oysters monthly to ensure consistency of shape, harvest by hand and pack the finished oysters in seaweed to seal in natural flavours. 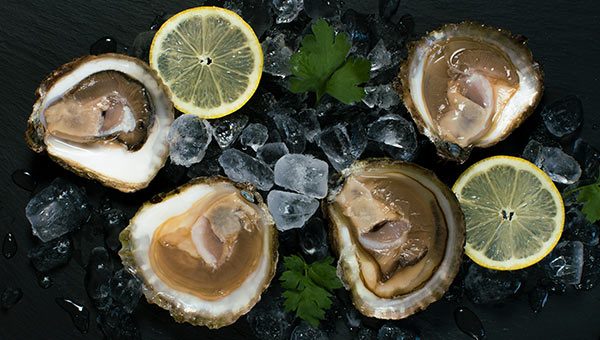 We complement our traditional approach with constant investment in new, modern systems, technology and equipment.

“Kelly Oysters are some of the best in the world, and a personal favourite. A pleasure to shuck open and a treat to serve in my restaurants. I can buy oysters for less but I need to deliver quality and consistency all the time for my customers.”

This website uses cookies to improve your experience while you navigate through the website. Out of these cookies, the cookies that are categorized as necessary are stored on your browser as they are essential for the working of basic functionalities of the website. We also use third-party cookies that help us analyze and understand how you use this website. These cookies will be stored in your browser only with your consent. You also have the option to opt-out of these cookies. But opting out of some of these cookies may have an effect on your browsing experience.
Necessary Always Enabled
Necessary cookies are absolutely essential for the website to function properly. This category only includes cookies that ensures basic functionalities and security features of the website. These cookies do not store any personal information.
Non-necessary
Any cookies that may not be particularly necessary for the website to function and is used specifically to collect user personal data via analytics, ads, other embedded contents are termed as non-necessary cookies. It is mandatory to procure user consent prior to running these cookies on your website.
SAVE & ACCEPT